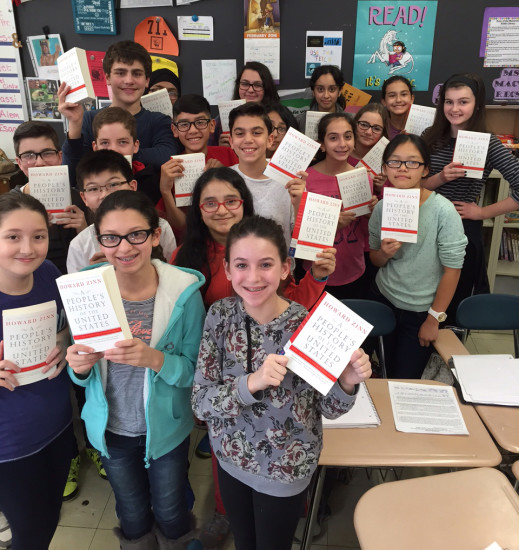 Charles Duthu’s students are happy to receive their new books.

We are pleased to announce the five winners of a class set of A People’s History of the United States:

Twenty additional teachers received an individual copy. The books were provided by HarperCollins in celebration of the 35th anniversary printing of A People’s History of the United States.

These teachers were among hundreds who entered our contest last fall, with many inspiring stories about how they use the lessons from the Zinn Education Project website to teach outside the textbook. Here are two examples:

After the “People v. Columbus Trial” my students were so outraged that Columbus has a federal holiday that I suggested we send letters to the editors of local newspapers and our city council. They were so excited. Most of the students chose to send letters. One of the students’ letters was published the next day advocating for our city to celebrate Indigenous People’s Day. The students who had not sent letters immediately began to write. It was a powerful lesson in civics especially since my students are disenfranchised and feel like they don’t have power to effect change politically. 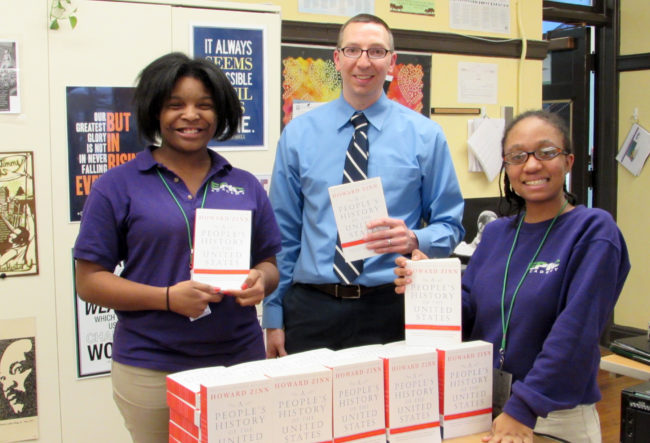 Greg Smith with two students and their class set of “A People’s History.”

A deeper look into Andrew Jackson’s treatment of Native Americans is always a powerful moment in the development of students’ questioning of public officials and the words they speak. We use “Andrew Jackson and the ‘Children of the Forest’” as part of a mock trial. By the end of the trial, the light bulbs going off as students compare words with actions. “What did he mean by ‘civilizing’ the natives?” “What does it mean in the era of expanding democracy that people should have perhaps even less faith in their leaders?” It sets the stage for a continued focus on people’s history and a framework for how to view the rest of U.S. history, especially in the context of 20th century empire-building. There’s no way I could be as effective in pushing students’ thinking and getting them to critically question the otherwise accepted narrative of history without the resources and ideas provided by the Zinn Education Project. It continues to push my own thinking of how to present and examine history.

We wish we’d had enough books to send to all the applicants in appreciation for their commitment to teach outside the textbook.

Check back for more stories from the applications on the Zinn Education Project website and Facebook in the months ahead. 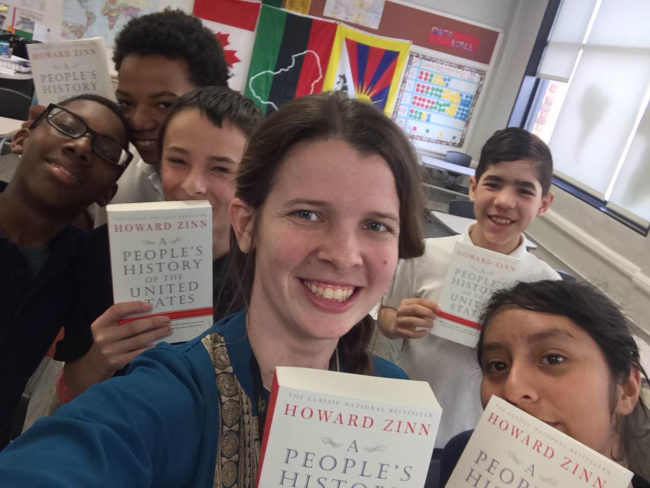 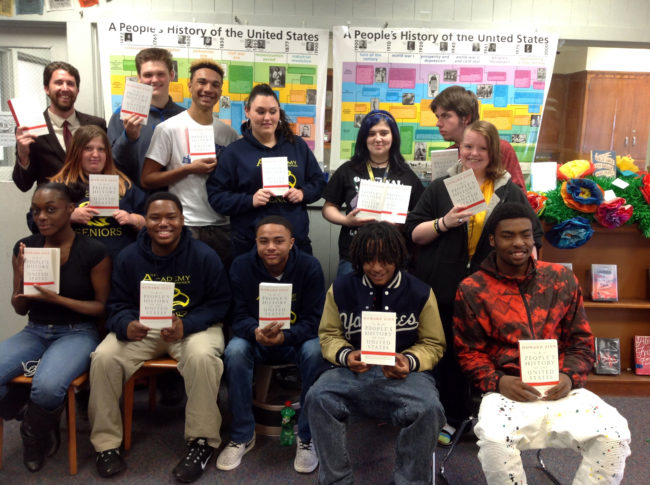