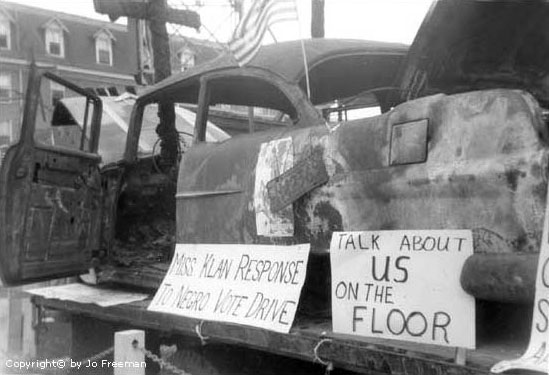 Resource Types: Articles
By Julian Hipkins III and Deborah Menkart
Fannie Lou Hamer gripped the nation with her televised testimony of being forced from her home and brutally beaten (suffering permanent kidney damage) for attempting to exercise her constitutional right to vote.

“Is this America, the land of the free and the home of the brave, where our lives be threatened daily, because we want to live as decent human beings?” she asked the credentials committee at the Democratic National Convention in Atlantic City, New Jersey.