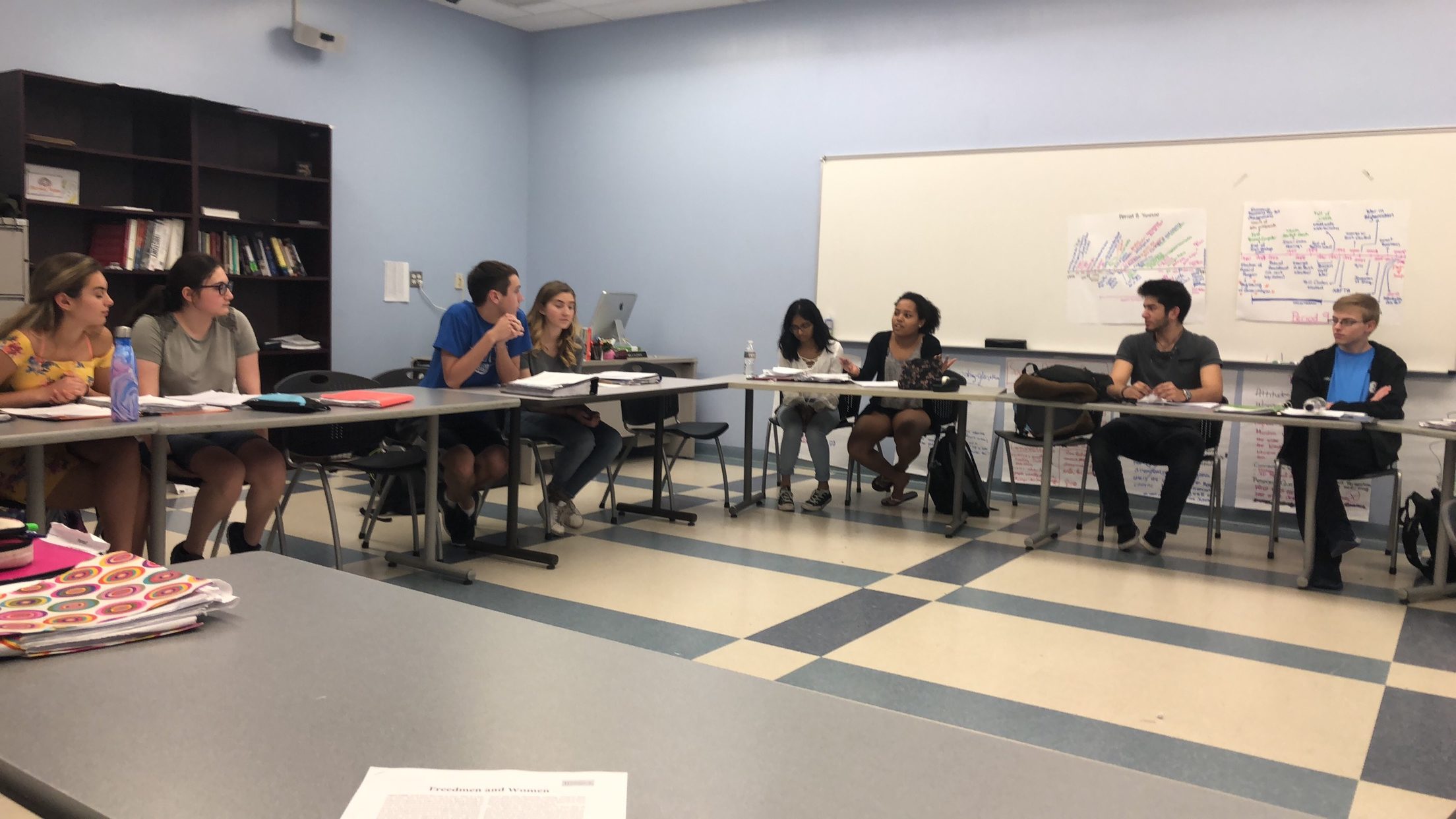 I teach U.S. History I Honors in a math and science magnet school. I like to start my units with a hook and provide creative and engaging lessons. My students had just finished learning about the U.S. Civil War, studying everything from the Anaconda Plan to President Lincoln changing the aim of the war from union to emancipation.

While searching for resources I came across the “Reconstructing the South” lesson and loved it. I set up the classroom and introduced the activity. For homework, the students came up with a name and wrote their personal narrative. The next day, I told them what we would be discussing but left it up to them to arrange the order. They decided to have conference-style setup, with one leader to move along the discussion. I loved the fact that they made it their own. They were well into character and discussed things that mattered to them.

In the end, I had students debrief the activity and some of their answers included:

“I was mostly satisfied with the outcome of the delegation because most of my arguments were voted for. The only question where I was disappointed with the outcome was the fifth question, what should happen about revenge from defeated soldiers and plantation owners, when I believed that nobody should be allowed to hold guns. The class decided that the Union army should occupy the South until tensions decreased.”

“We gave women the right to vote at the same time as Blacks. I was very satisfied with the outcome for most of them. I think we’ve all really learned from our reading and our characters.”

“I was satisfied with the outcome of the delegation because I was able to actually contribute something to the conversation for the first time and it was more fun than usual because each person had a role to play in answering the question.”