Shortly after the September 11 attacks on the World Trade Center and the Pentagon, President George W. Bush announced these as acts of war, and proclaimed a “war on terrorism.” But what exactly was to be the target of this war? And what precisely did the president mean by terrorism? Despite uttering the words “terror,” “terrorist,” or “terrorism” 32 times in his September 20 speech to the nation, he never defined terrorism. 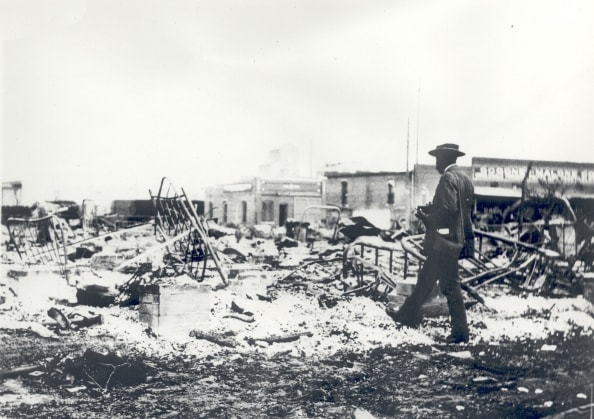 Homes and businesses of African Americans destroyed by white supremacists during Tulsa Massacre of 1921. Why don’t textbooks call this terrorism?

Teachers need to engage our students in a deep critical reading of terms—such as “terrorism,” “freedom,” “patriotism,” and “our way of life”—that evoke vivid images but can be used for ambiguous ends.

I wanted to design a lesson that would get students to surface the definitions of terrorism that they carry around—albeit most likely unconsciously. And I wanted them to apply their definitions to a number of episodes, historical and contemporary, which involved some kind of violence or destruction. I didn’t know for certain, but my hunch was that as students applied definitions consistently, they might be able to call into question the “We’re Good/They’re Bad” dichotomies that have become even more pronounced on the political landscape.

So I wrote up several “What Is Terrorism?” scenarios, but instead of using the actual names of countries involved, I substituted fictional names. Given the widespread conflation of patriotism with support for U.S. government policies, I had no confidence that students would be able to label an action taken by their government as “terrorism” unless I attached pseudonyms to each country.

Students read the scenarios and based on the definitions of terrorism that their group came up with, decide:

1.  Which of the situations below are “terrorism”;

2.  Who are the “terrorists” in the situation; and

3.  What additional information you would need to know to be more sure of your answers.

A group of more than 150 ministers from Washington, D.C. wrote to President William Taft about the Slocum massacre. 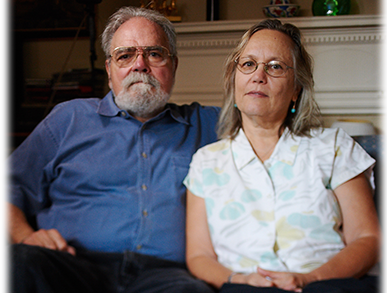 Orlando and Phyllis Rodriguez spoke out against using September 11, 2001 as a pretext for war.

3 comments on “Whose “Terrorism”?”