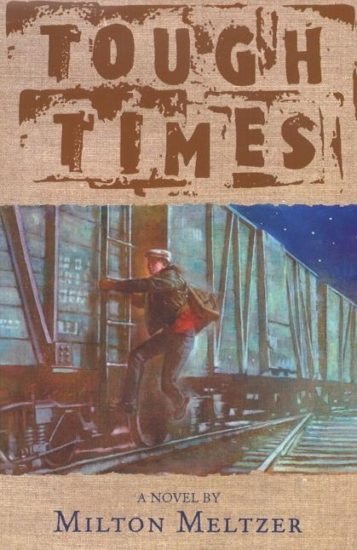 Joey’s life is quickly changing. His 2 A.M. milk route is getting shorter and shorter as people leave town to find work elsewhere. And his pa has fewer windows to wash after being given the choice between a new job for less pay and no job at all. Joey’s immigrant family is suffering, as are many others. Joey’s girlfriend Kate’s father, a journalist, has been fired for wanting to publish an article on the bank failures and business closings that are rapidly spreading throughout their part of Massachusetts.

When veterans of World War I plan a protest march on Washington, D.C., to gain the bonuses promised them for their service in the war, Joey and his father join the marchers. Once in the nation’s capital, they, like thousands of others from across the country, set up a makeshift tent in one of the “Hoovervilles”. But their hopes are shattered as the president calls in federal troops with rifles, tear-gas, and flaming torches. Stricken with fear, Joey runs away, and ends up riding the railroads with a group of homeless young people.

“I highly recommend this historical novel in the voice of a teenager who travels to Washington, DC with his father and friends to participate in the Bonus March, and to witness the hardships, government attacks on, and courage of people like his family hard-hit by the Great Depression. The format of this account makes it accessible to students who prefer a fiction entree to learning about history. There is much history here to learn.” –Kipp Dawson, Middle School Language Arts and Social Studies Teacher, Pittsburgh Public Schools