If ever there were a modern-day David and Goliath story, this is it. An epic tale of courage and perseverance, race and class, imagination and endurance, Oh Freedom completely topples popular romantic conceptions of pastoral America during the Depression and postwar years. Owen Whitfield and the women and men who joined the strike will go down in history as heroes in the struggle for civil rights, human rights, and the rights of working people everywhere. — Robin D. G. Kelley, New York University

Set in the late 1930s’ Missouri Bootheel, this story follows a community of Black and white sharecroppers who occupy the highway to draw attention to their desperate conditions.

The Great Depression decreased demand for the staple cotton crop, leaving landowners with less profit and less work for the sharecroppers. The federal government, via the Agricultural Adjustment Act of the New Deal, paid landowners for their lost income, stipulating that a portion of the money had to be given to the sharecroppers. As was common, these policies were not enforced and the landowners refused to share the money.

One sharecropper and vice president of the Southern Tenant Farmers’ Union, Reverend Owen Whitfield, organized a public protest to bring attention to their plight. In January 1939, more than 1,000 sharecroppers and their families set up a protest camp on the side of two Missouri state highways. While Whitfield and the majority of protesters were African American, they were joined by white sharecroppers who were dealing with the same levels of abject poverty, one of the first examples of an integrated protest against economic injustice that predates the modern civil rights movement.

Students at a local Black college, Lincoln University, raised enough money to help the sharecroppers buy a parcel of land they named Cropperville. While some died in the initial years due to lack of food and medical attention, these sharecroppers eventually made the land productive enough to build themselves a school and church. As residents of Cropperville explain, everyone in the community contributed food, clothing, textiles, and other goods to a communal warehouse and these good were then distributed to each family depending on their needs.

The documentary provides rare footage of the sharecropper protest and living conditions.

Excerpts from the film could be useful in a high school classroom, particularly following the Southern Tenant Farmers’ Union lesson. 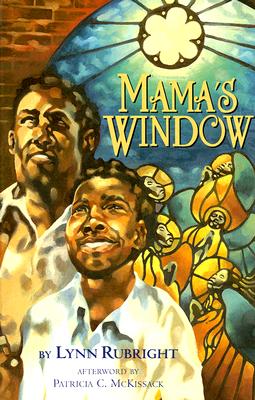 Oh Freedom After While Colloquium at NCSS

One of the highlights of the 93rd National Council for the Social Studies (NCSS) Conference in St. Louis was the “Civil Rights in the 21st Century: Oh Freedom After While Colloquium” at the Missouri History Museum. The event featured a showing of the powerful documentary Oh Freedom After While, chronicling the January 1939 sharecropper protest in the Missouri Bootheel.