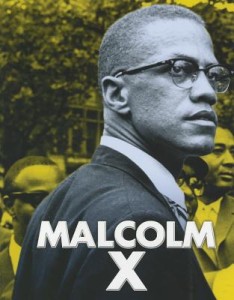 Malcolm X provides students with a historical background for Malcolm’s activism, including Jim Crow, the terrorism of the Ku Klux Klan, and Marcus Garvey’s Universal Negro Improvement Association (UNIA). The book describes Malcolm’s early life including the death/murder of his father, his mother’s subsequent sentencing to a mental hospital, and Malcolm’s time in prison. Readers learn the details of his conversion to the Nation of Islam, his religious and political activism, and his assassination.

Included are photos of Malcolm throughout his life, in addition to other notable personalities and events from the Civil Rights Movement. One of the strongest aspects of the book is how it introduces young readers to key concepts such as white supremacy, integration, Black nationalism, and lynching.