SNCC chairperson John Lewis at the March on Washington for Jobs and Freedom.

John  Lewis was the young SNCC chairperson from Alabama at the time of the March on Washington for Jobs and Freedom. He delivered what some called the most militant speech of the day and that was after he had toned down the text.

Many members of SNCC helped write the speech Lewis planned to give.

Some of the organizers of the March on Washington were uncomfortable with what they considered the radical content of the SNCC speech and asked Lewis to change it. The original speech included reference to the “black masses,” “revolution,” and called the Kennedy administration’s Civil Rights bill “too little, too late.”

Lewis and other SNCC staff agreed to make changes in the speech, mainly because of their respect for Mr. A. Philip Randolph, who expressed his strong desire that the march not fall apart because of internal discord.

John Lewis now serves as the U.S. Representative for Georgia’s 5th Congressional district, a position he has held since 1987.

Howard Zinn wrote about Lewis’ speech in an article titled “SNCC: The Battle-Scarred Youngsters.” A report from the front lines of the civil rights battle in Greenwood, Mississippi–a very dangerous place to be.” (The Nation, October 5, 1963.)

There was one relevant moment in the day’s events at Washington: that was when the youngest speaker on the platform, John Lewis, chairman of the Student Nonviolent Coordinating Committee (SNCC), lashed out in anger, not only at the Dixiecrats, but at the Kennedy Administration, which had been successful up to that moment in directing the indignation of 200,000 people at everyone but itself. A voting rights proponent being grabbed by police in Greenwood, Miss., in summer, 1964, on Freedom Day. Source: Ted Polumbaum Collection/Newseum

The depth of Lewis’ feeling and the direction of his attack may have baffled Northern liberals, mollified recently by the Administration’s new Civil Rights Bill, by its bold words and by the President’s endorsement of the great March. But John Lewis knew, because the young SNCC workers in his organization are on the front lines of the conflict, that while the President and the Attorney General speak loud in Washington, their voices are scarcely whispers in the towns and the hamlets of the Black Belt.

Greenwood, Miss., just before the March, revealed in its own quiet way how the Deep South remains essentially untouched by resonant speeches in the national capital. Continue reading article at The Nation online.

The original text of John Lewis’ speech at the Lincoln Memorial was read by Brian Jones on October 22, 2004, at the New York Society for Ethical Culture, New York, NY. The excerpt is from Voices of a People’s History of the United States edited by Howard Zinn and Anthony Arnove.

Brian Jones reads John’s Lewis’s Original Text of Speech at the Lincoln Memorial (November 10, 1963) from Voices of a People’s History on Vimeo.

Teaching Activity. Teaching for Change. 2015.
Introductory lesson on key people and events in the long history of the Selma freedom movement. 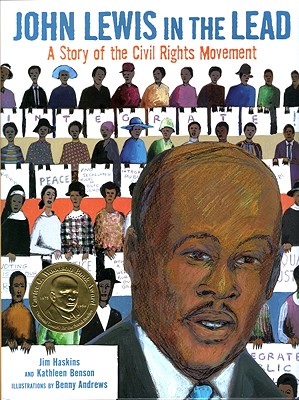 John Lewis in the Lead: A Story of the Civil Rights Movement

Book – Non-fiction. By Wesley C. Hogan. 2009.
An innovative study of what the Student Nonviolent Coordinating Committee (SNCC) accomplished and, more importantly, how it fostered significant social change in such a short time. 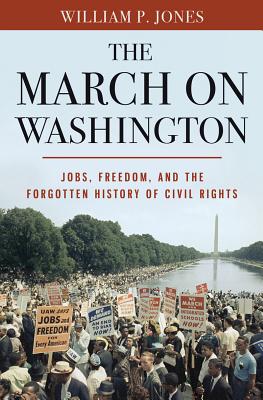 Book – Non-fiction. By William P. Jones. 2013.
A vital text on the hidden history and significance of the March on Washington.

Book – Non-fiction. By Howard Zinn. 1964; re-published in 2013.
A detailed history of the Student Nonviolent Coordinating Committee.