World War II is covered in every 20th century U.S. history class. However, the 1943 attack by white sailors on Mexican Americans, Filipinos, and African Americans in Los Angeles, known as the Zoot Suit Riots, gets little mention. Author Margarita Engle uses free verse to bring this history to life through a wide range of characters.

The story centers on a family of cannery workers in Los Angeles. During the Zoot Suit Riots (which Engle refers to as the Sailor Riots) we also hear from reporters, police, and sailors. While all but one are fictionalized, their stories provide a bottom-up history for middle to high school readers, beginning with the Sleepy Lagoon Murder in 1942 and ending with the 1948 Supreme Court ruling about interracial marriage in Perez v. Sharp. 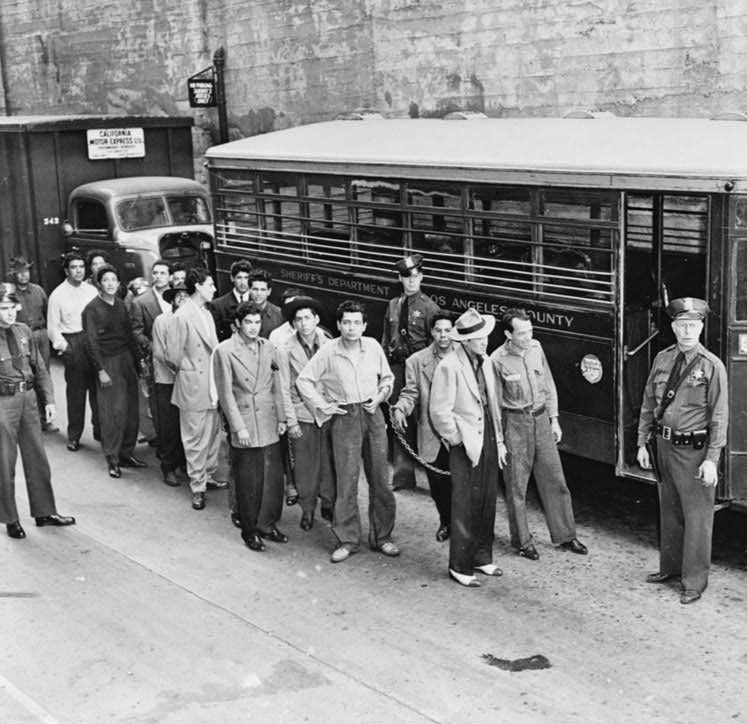 Racism led to the "zoot suit riots," during which white U.S. servicemen and police entered a majority-Mexican American neighborhood in East Los Angeles where they attacked and detained hundreds of young people.