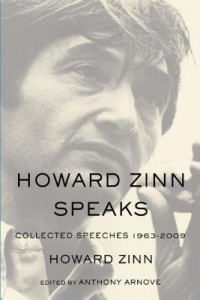 This collection of Howard Zinn’s speeches on protest movements, racism, war, and topics vital to our democracy will be an invaluable resource for the new generation of students who continue to discover his work, as well as the millions of people who Howard moved and informed in his lifetime. [Publisher’s description.]

“Reading Howard’s spoken words I feel that I am almost hearing his voice again. Even in writing its unique appeal comes through — his stunning pitch-perfect ability to capture the moment and the concerns and needs of the audience whoever they may be, always enlightening, often stirring, an amalgam of insight, critical history, wit, blended with charm and appeal. I’ve heard Howard speak to tens of thousands at demonstrations, to small groups of homeless people, to activists enduring brutal treatment, and at many other times and places. Always just the right tone and message, always inspiring, a gift to all of us to be treasured.”—Noam Chomsky

“Few people changed more lives than Howard Zinn. He changed them as an author, as a play write and as a filmmaker. But he also changed them face-to-face, as a speaker. With ferocious moral clarity and mischievous humor, Howard turned routine anti-war rallies into profound explorations of state violence and he turned staid academic conferences into revival meetings for social change. Collected here for the first time, Howard’s speeches — spanning an extraordinary life of passion and principle—come to us at the moment when we need them most: just as a global network of popular uprisings searches for what comes next. We could ask for no wiser a guide than Howard Zinn.”—Naomi Klein, author The Shock Doctrine

“Howard Zinn — there was no one like him. And to hear him speak was like listening to music that you loved — lyrical, uplifting, honest. If you never got to hear him speak, this book will move you in profound ways. Although Howard’s “voice” is no longer with us, his true voice will live on forever. And I know he would love it for each of you to find your voice, too, and to be heard. Perhaps this book will provide you with some inspiration.” —Michael Moore

“Howard Zinn was one of us, the best part of us. Enjoy these speeches. Hear his voice. Then hear your own, hear it closely.”—Josh Brolin

“One of my favorite expressions from Nicaragua is: ‘Struggle is the highest form of song.’ In that case Howard Zinn is one of our great singers and these speeches are righteous songs filled with the boldness, vision, humor, depth and urgings of his profoundly human voice. Howard sang a different America, an invisible America, an America of the 99 percent. He sang of the lies and deceit of the government and the impossibility and horror of wars made in America’s name. He sang of a dream, a deeper dream that is now rising in the streets. I cannot think of a more important set of songs to be singing at this time.”—Eve Ensler

“Howard Zinn’s speeches, beautifully gathered together here by Anthony Arnove, are a joy and an inspiration.”—Marisa Tomei

“Howard Zinn’s towering legacy will forever be as a historian who made history. He made history because his books, his actions, and especially his speeches inspired ordinary people to do extraordinary things. We fight onward today in a remarkable tradition of struggle. For many of us, we first became aware of this tradition by sitting in a packed, musty meeting hall and listening to stories of heart, humor, and heroism, as communicated by Howard Zinn.”—Dave Zirin

“The first time I heard Howard Zinn speak I was a student in the deep South, and amazed that anyone could stay alive long enough to say such things. He was completely fearless, totally relaxed, making joking asides as he went straight to the bloody heart of Empire. How much time it has saved me, having him as a teacher my second year in college. Reading this book brings back memories of those times when Howie spoke to sometimes shocked crowds of people who, before hearing him, had thought historians should be silent about current affairs or, at most, write quiet books. Howard Zinn was a free man. Delightful because of this. Howard Zinn Speaks is a book to savor. It is wise, humorous, serious, without one moment of hesitation in tackling the basic notions about who we are as a people, a country, and a world. Elder brother, great teacher. Presenté.”—Alice Walker

“I hesitate to comment on Howard Zinn Speaks because of my unshakable and overt bias for anything Zinn. I don’t think it’d be fair honestly to gloat about his work in such a way. But then again having a Zinn bias just means you favor truth and justice over lies and oppression.”—Lupe Fiasco

Background Reading. By Howard Zinn. 1994. Interview conducted by Barbara Miner on a number of questions about the study of history. 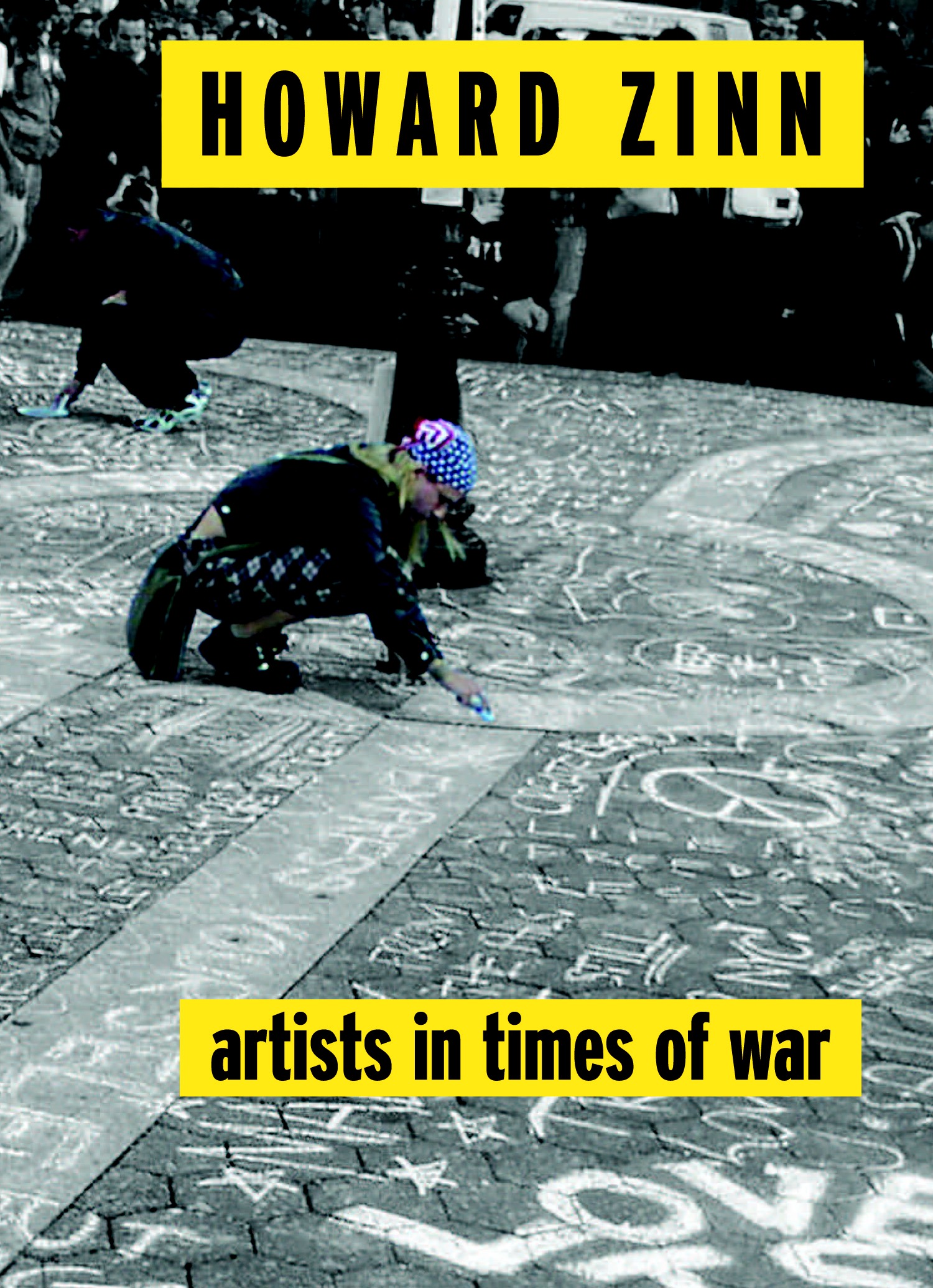 Book - Non-fiction. By Howard Zinn. 2004. 112 pages. In this collection of four essays, Zinn writes about the unique role of artists, activists, and publishers in working toward change. 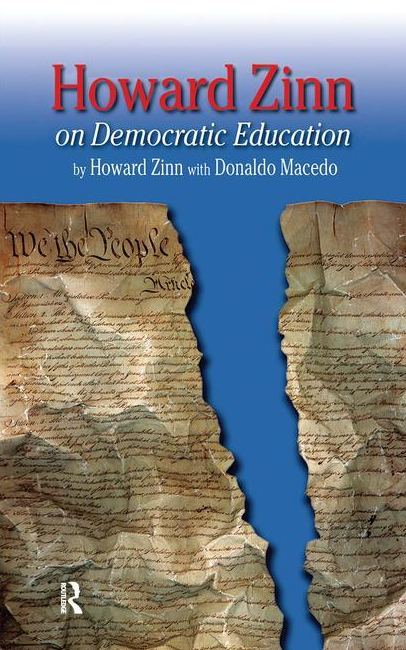 Book - Non-fiction. By Howard Zinn with Donaldo Macedo. 2008. Essays by Howard Zinn about education and politics.

Book - Non-fiction. By Howard Zinn. Introduction by Staughton Lynd. 2011. A collection of 27 writings on activism, electoral politics, the Holocaust, Marxism, the Iraq War, and the role of the historian.

Book - Non-fiction. 2011. By Howard Zinn. Introduction by Cornel West. Includes some never before published writings, speeches and interviews that illustrate the evolution and fundamental principles around the story of race in the United States.

Film. Directed by Howard Zinn, Chris Moore, and Anthony Arnove. 2009. 110 minutes. Dramatic readings and performances based on Voices of a People's History and A People's History of the United States. 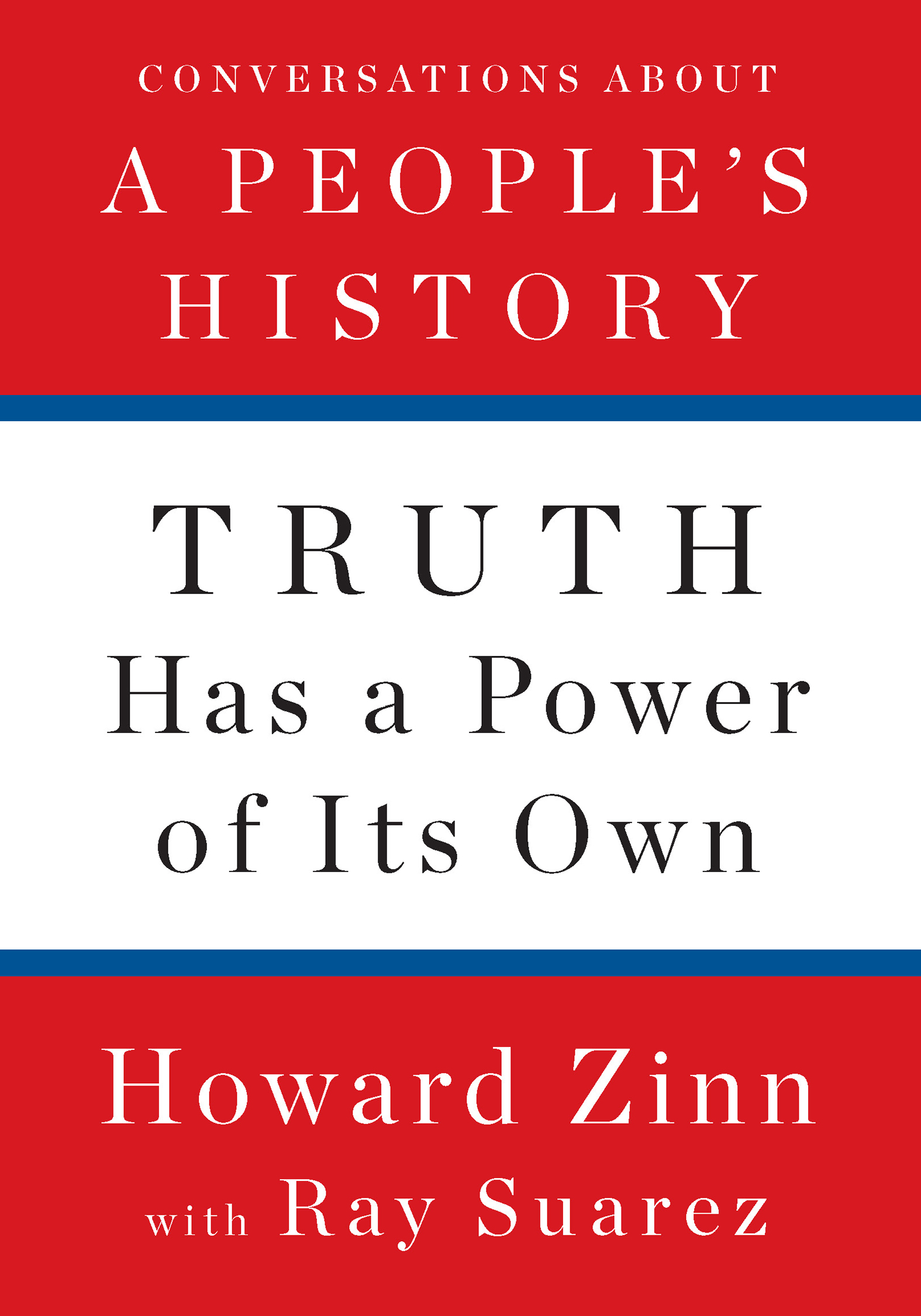 Book - Non-fiction. By Howard Zinn with Rebecca Stefoff. 2009. 464 pages. A young adult version of the best-selling A People’s History of the United States. 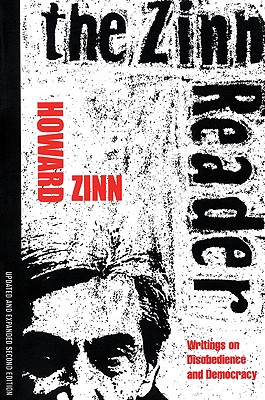 Book - Non-fiction. By Howard Zinn. 2009. A volume of essays emphasizing six areas that have been important to Zinn's work since the late 1950s—race, class, war, law, and history.