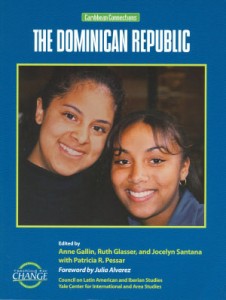 Ideal as background text for students or book groups reading literature by Dominican authors, communities with Dominican-American students, and for everyone interested in this Caribbean country with its rather long history of U.S. involvement.

The readings are organized into the following sections:

Award-winning author Julia Alvarez wrote the foreword. In it she said,

…And so you, reader, are now holding one end of a string of many voices. I can’t help but hope in these times of division and wars and rumors of wars, that the string played out in books such as this one might indeed provide lifelines. In place of glib sound bites and the violence of chauvinistically severing connections, dividing people into us and them, we can posit connection. By reading, by listening, by speaking in turn, we can create a string of understanding that circles the world.

Published by Teaching for Change. In the Time of the Butterflies by Julia Alvarez. It is November 25, 1960, and three sisters have been found near their wrecked Jeep at the bottom of a 150-foot cliff on the north coast of the Dominican Republic. The official state newspaper reports their deaths as accidental. It does not mention that a fourth sister lives. Nor does it explain that the sisters were among the leading opponents of Gen. Rafael Leonidas Trujillo’s dictatorship. It doesn’t have to. Everybody knows of Las Mariposas [The Butterflies].

In this historical novel, the voices of all four sisters Minerva, Patria, Mar a Teresa, and the survivor, Ded speak across the decades to tell their own stories, from hair ribbons and secret crushes to gunrunning and prison torture, and to describe the everyday horrors of life under Trujillo’s rule. Through the art and magic of Julia Alvarez ‘s imagination, the martyred Butterflies live again in this novel of courage and love, and the human cost of political oppression. [Publisher’s description.] The novel does not say much about the role of the United States, so Caribbean Connections: The Dominican Republic is a vital companion resource.

The Hero’s Human Heart. Lesson for In the Time of the Butterflies by S.J. Childs in Rethinking Schools.

More about the Mirabal sisters from Julia Alvarez.

In the Time of the Butterflies. Film directed by Mariano Barroso. 2000. PG-13. Starring Salma Hayek. 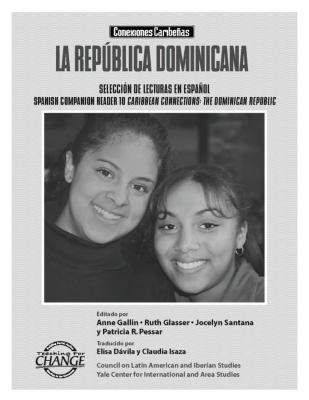 Film. Directed by Eduardo López & Peter Getzels. 2012. 90 min.
Documentary that examines the direct connection between the long history of U.S. intervention in Latin America and the immigration crisis we face today.