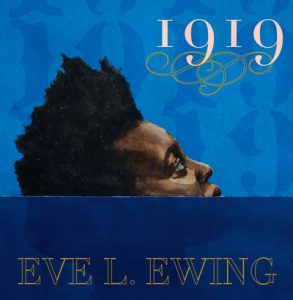 The Chicago Race Riot of 1919, the most intense of the riots that comprised the “Red Summer” of violence across the nation’s cities, is an event that has shaped the last century but is widely unknown.

In 1919, award-winning poet Eve L. Ewing explores the story of this event—which lasted eight days and resulted in thirty-eight deaths and almost 500 injuries—through poems recounting the stories of everyday people trying to survive and thrive in the city.

Ewing uses speculative and Afrofuturist lenses to recast history, and illuminates the thin line between the past and the present. (Description from Haymarket Books.)

Centered on the inner lives of Black individuals, real and/or imaginary (who’s to say?), in 1919 Chicago, the poems in 1919 ask how far we’ve come, and question ideas of progress and of thriving and surviving. On the centenary of the Red Summer, in an America hardly less violent and anti-black, Ewing wields a kaleidoscopic Afrofuturist style to illuminate a crucial piece of history and to imagine a path forward. –Kevin Chau, Editorial Fellow for Lit Hub’s Most Anticipated Books of Summer

Eve L. Ewing is a writer and an assistant professor at the University of Chicago School of Social Service Administration. She is the author of Electric Arches and Ghosts in the Schoolyard: Racism and School Closings on Chicago’s South Side. 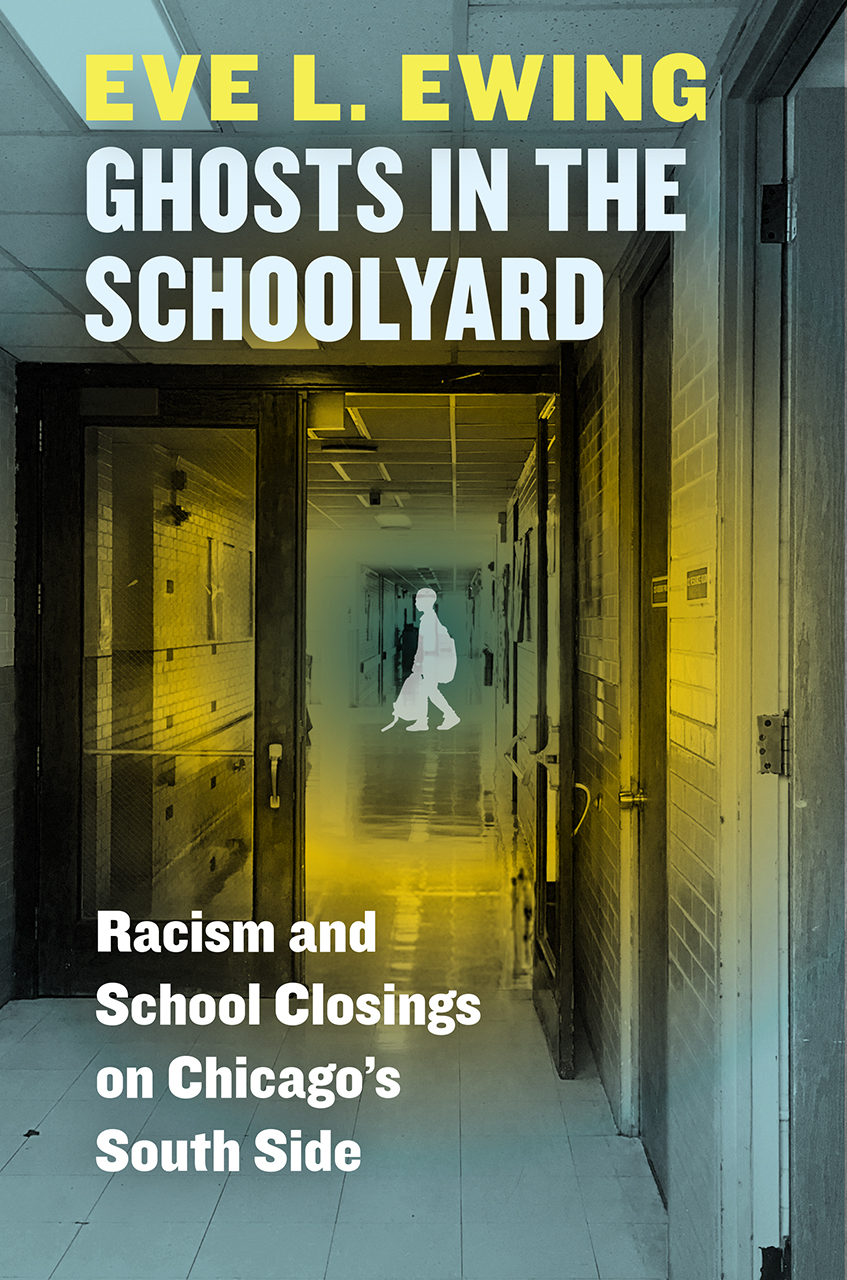 Ghosts in the Schoolyard: Racism and School Closings on Chicago’s South Side

Book – Non-fiction. By Eve Ewing. 240 pages. 2018.
This book flips the script about how we talk about “failing schools,” using historical research and current data to show that Chicago’s public schools are storehouses of memory, an integral part of their neighborhoods, and at the heart of their communities.

Sparked by a white police officer’s refusal to make an arrest in the murder of a Black teenager, Chicago’s Red Summer violence lasted almost a week. At least 38 people were killed and thousands of Black homes were looted and damaged.