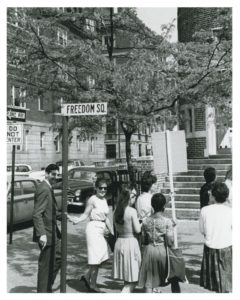 Teaching Activity. By Bill Bigelow and Linda Christensen. 3 pages. Rethinking Schools.
Empathy, or "social imagination," allows students to connect to "the other" with whom, on the surface, they may appear to have little in common.
Continue reading

Teaching Activity. By Bob Peterson. 14 pages. Rethinking Schools.
A role play on the Constitutional Convention which brings to life the social forces active during and immediately following the American Revolution with focus on two key topics: suffrage and slavery. An elementary school adaptation of the Constitution Role Play by Bill Bigelow. Roles available in Spanish.
Continue reading